It would appear that the only activity that I can write about over the past month since the last Hangar Talk is the weather and none of us need reminding about that! This has been the wettest winter/spring I can recall in my 32 years living at Perth. Unfortunately the rain looks like continuing for a little while longer. The problem has been exacerbated by the low lying areas in the pits and in the centre of the strip. It may well be time to invest in levelling these areas in the Autumn to avoid a repeat of the puddles we currently experience.

Whilst access via the normal route to the field has been restricted due to significant water across the road in some parts, the property owners are intending to gravel, grade and surface the road with blue metal as soon as the weather permits. We are very thankful that they have also agreed to gravel our carpark to ensure 12 month access to parking. The property owners have also given permission to access our field via the main homestead road should there be no access via the normal route.

Will Deal from the Roaring Forties Aero Modellers provided the following photo showing we are not the only club affected by the rain. The photo shows a river running through where the access bridge to where their flying strip is. (At least they hope the bridge is still there!). 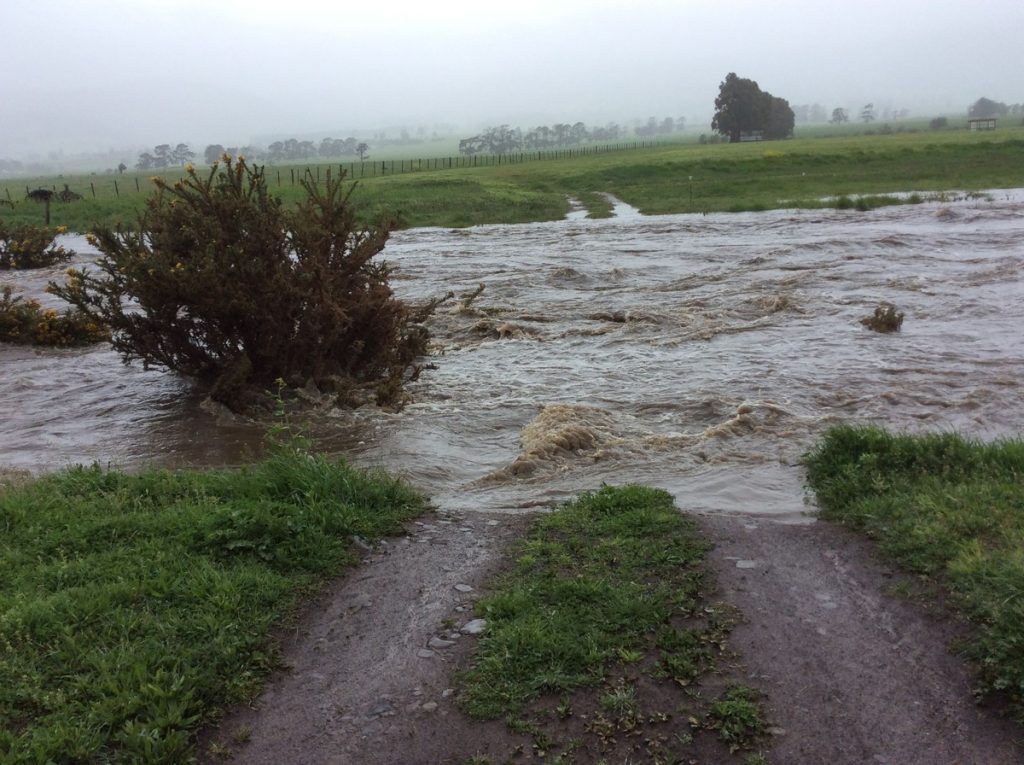 Well it’s not all doom and gloom. After more than 3 years of negotiations, we have finally received approval for our ceiling height extension to 1000ft. This is particularly pleasing considering at one point being advised that we would have a 400ft limit for 3 years at which point we would have to reapply with and automatic renewal was not guaranteed. As you would expect, the ceiling height extension comes with certain conditions that are outlined in the Letter of Agreement (LoA) between Airservices and the Launceston Model Aero Club. Instrumental in achieving this extension was the ability to deal directly with Airservices Australia who pointed out that any agreement would have to be directly between Airservices and the ourselves as the club and its members will be responsible for adhering to the LoA. I’d personally like to thank Tim McLean from Airservices who took time out from his busy schedule to meet and discuss requirements that would achieve a mutually satisfactory outcome and spent a great deal of time in exchanging emails and advising of progress. The details of the LoA can be found here

Here is the second part of the report on what is going on in Greg’s workshop. This time it is one of Greg’s “contract” jobs and this is for Rob Dale who has a penchant for LARGE scale models. This model is a Stearman built from a Balsa USA kit. Greg was not impressed with the quality of the balsa and some of the hardware but as usual made the necessary changes to build a top quality model.Greg advises the following details –

Here a few photos that Greg supplied of the Stearman under construction (followed by a few other models that he’s built).