Saturday, October 2, 2010 – After what seemed to be an eternal run of bad weather, the sun shone, the wind was all but absent. The change in weather gave us the opportunity to do some much needed lawn maintenance as the strip and surrounds was now dry enough to get the ride-on to work without doing any damage to the strip. The picture below shows work underway and the grass in the foreground shows how long it was on the strip. There were some concerns that the grass was too long for some models but it takes a couple of mowing sessions to get it into pristine condition.

As a result of the improved weather, a good turnout of members graced Symmons Plains to see if they had retained their flying skills. Whilst some were a bit rusty, all took their models home in one piece (as far as I know!). We also welcomed a prospective new member. Michael Madden. Michael was a member many years ago and it is good to see him return. Welcome Mick! 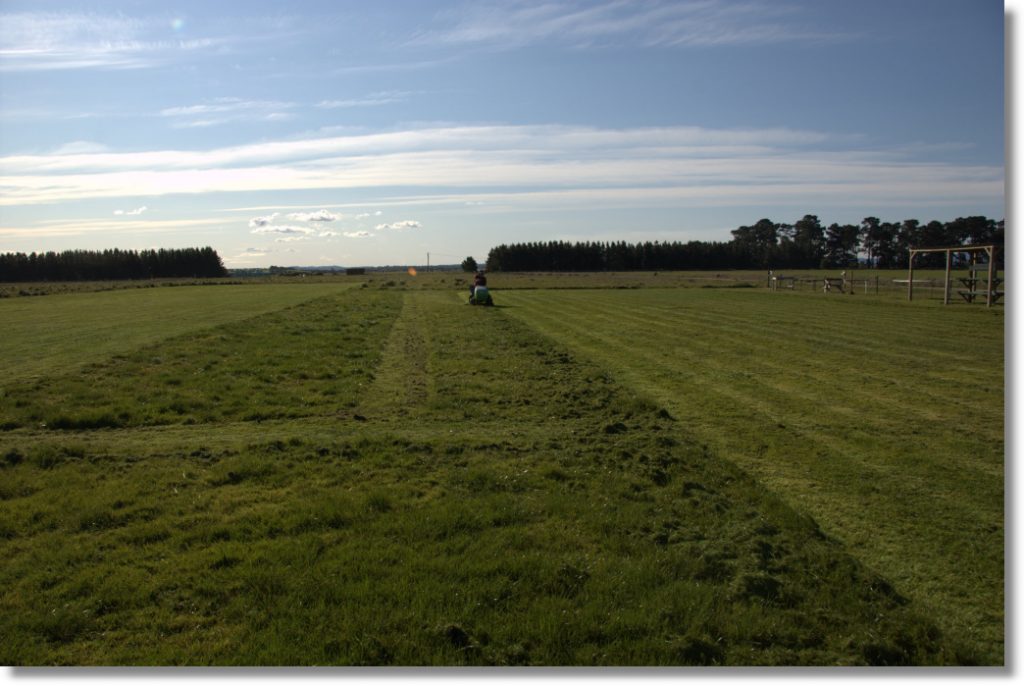 Fred Willis brought along a couple of new models that he had purchased on one of his may mainland car trips, one of which was an Adrenaline 90. Kevin Hay did the test flight and the model performed very well. 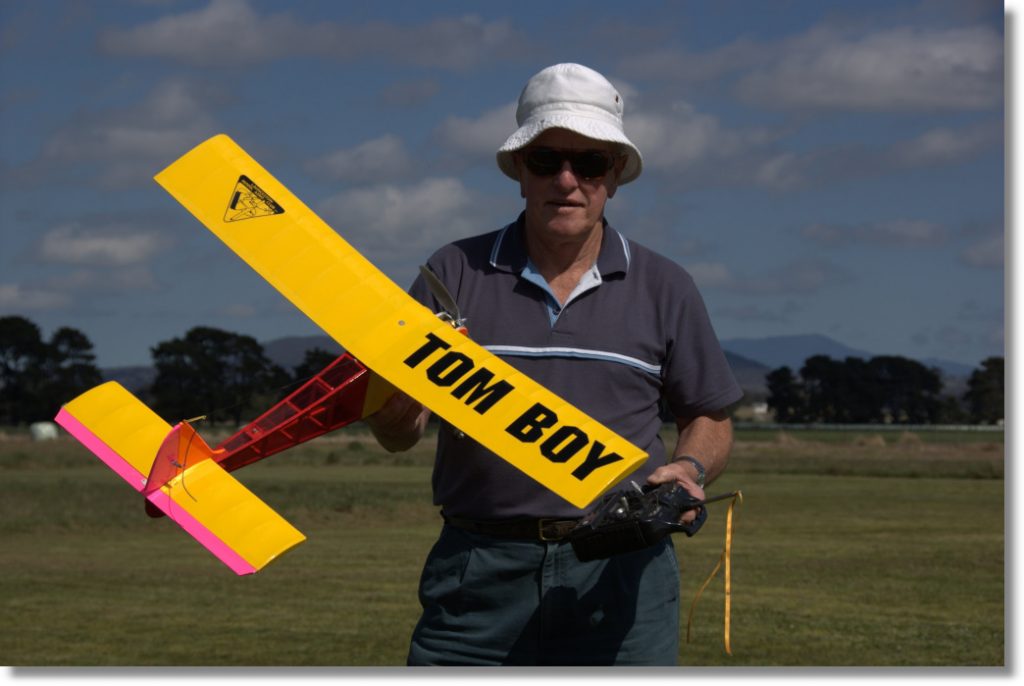 Geoff Hays was another to bring along a new model and his electric powered Tomboy was a very good performer and from the smile on Geoff’s face he was very pleased with the result. Powered by a Rimfire motor and a 3s 800mAh Hyperion.

Kevin Hay also brought along a very nice Extra 540T that he acquired from Brian Green. Kevin has refurbished the model and it flew very well. It was powered by a 50cc engine. Unfortunately Kevin had packed the model away by the time the camera came out. Chris Klimeck took Bill Hellinga for a few training flights and the 6 week absence from flight practice was not kind to Bill as he tried to defy the laws of gravity and gravity seemed to be winning the challenges but some quick rescues by Chris using the “buddy” system averted any disasters. Chris also brought along a model equipped with a video camera and we look forward to a few “birds eye” shots. Talking about birds eye, we were also graced by the presence of a pair of wedge tailed eagles and there was no doubt that they received the “best flight of the day” award. Here are a couple more shots from the day (Don’t forget you can click on the magnifying glass for a larger picture to view and download). Kerry just managed to get a picture of Fred’s “Adrenaline” as it streaked past! 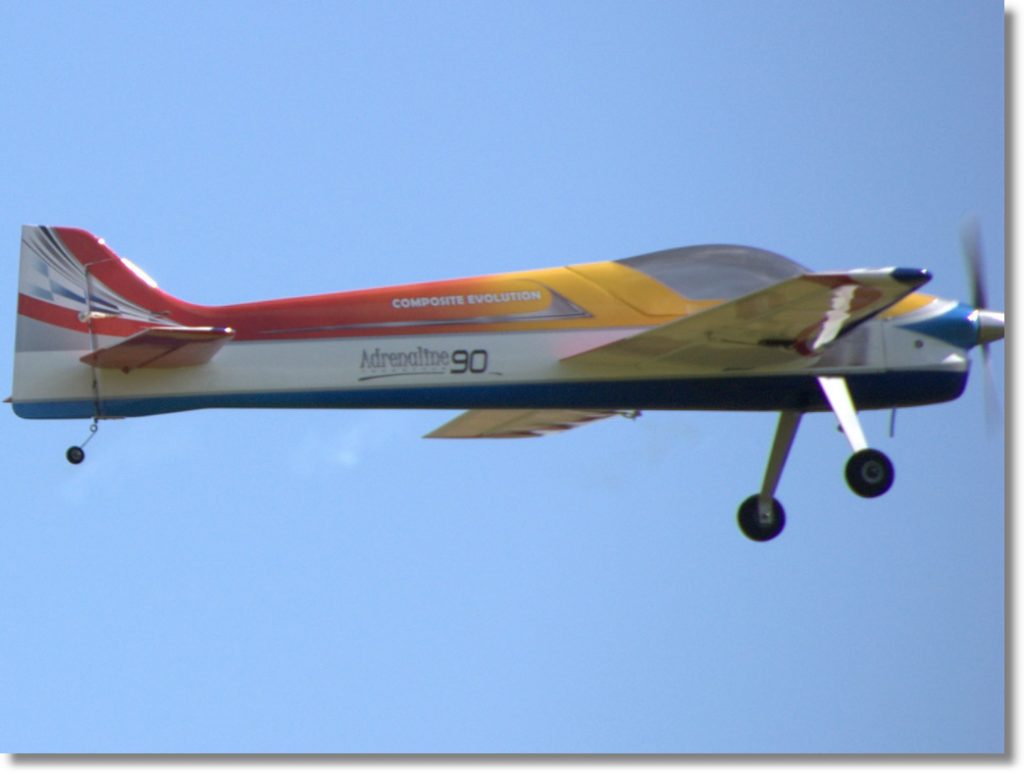